If we don't have it, we will get it for you! 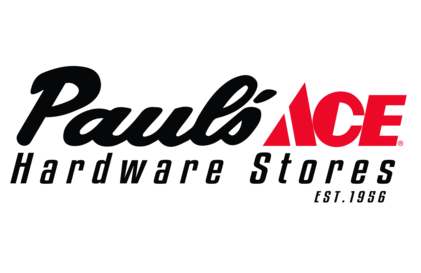 Paul E. Dauwalder established his first hardware store in downtown Scottsdale way back in 1956 at the Northwest corner of Thomas and Scottsdale Roads.

With a sales area of approximately 1,800 square feet it only took two years for the business to outgrow itself, so it was moved to a larger building farther north on Scottsdale Road. Eight years later the company expanded again and moved to the old post office location on 4th Street. Thirty-six years later in February of 1992, the Scottsdale store moved back to its roots, this time to the Southeast corner of Scottsdale and Thomas Roads. 20 years and the end of a lease was approaching and we needed to find a new home, and we did. New Years Eve 2011/2012 we moved our Scottsdale and Thomas location to our new home at 1800 N. Scottsdale Road, just north of the Post Office. We are loving it here!

Paul and his son Don had opened up a second location in 1973 in Fountain Hills on Saguaro Blvd. It remained in that location until 1986 when it was relocated to what was the old Bashas' store. As the town of Fountain Hills has enjoyed huge growth, so has Paul's Ace Hardware in Fountain Hills. Bursting at the seams in its second Fountain Hills location, the store moved to its current location in the Bashas' Shopping Center on Palisades and LaMontana in June of 1998.

The early 1990's were busy times for Paul's Ace Hardware. We acquired our third location in Tempe on Priest and Broadway Roads. To service both residential and commercial business, Paul's added a full-service lumberyard to the Tempe location in 1994. The next decade didn't see us slow down either!  In 2006 we opened our fourth and largest store in Gilbert, located on the southwest corner of Gilbert and Baseline Roads.  Then, in June 2007 we opened the doors to our fifth location on McDonald & Granite Reef in Scottsdale. In May of 2009, we opened a Rental Department at our Fountain Hills location. 2015 was another great year for Paul's when we added our 6th location to our family in Tempe at the corners of Broadway and Rural.

Our 7th and 8th locations joined our family in the summer of 2017. One in North Scottsdale and the other about an hour north of the rest of us in Payson, AZ.

Paul Dauwalder worked up until he passed away in 1991. His son Don then took the reins and oversaw the company's expansion. Don retired in 2007 and his daughters Julie Buchkowski and Tricia Dauwalder-Luna have the helm.

We are three generations strong (working on the fourth) and aim to keep in it for the long haul!